Facebook has launched a person-to-person payments service in the UK, extending the social network’s reach into financial services and stealing a march on Apple.

The US tech giant’s Messenger app will allow users to instantly send funds back and forth on their mobile phones or computers with no fees after linking their accounts to their debit cards. Facebook, which launched a similar feature in the US in 2015, said users would receive the update in the coming weeks.

David Marcus, the head of Facebook Messenger, said the company was not making any money from payments, and the company actually has a small cost attached to every transaction. “We’re doing this because we want to increase the utility of Messenger,” he said.

Mr Marcus added that Facebook would not be using debit card data or any other signals from users’ payments to target adverts or to gather information on users and that the transactions are encrypted. Every payment is protected by a PIN to prevent fraud, and the company says it hasn’t seen any such problems with the service in the US. 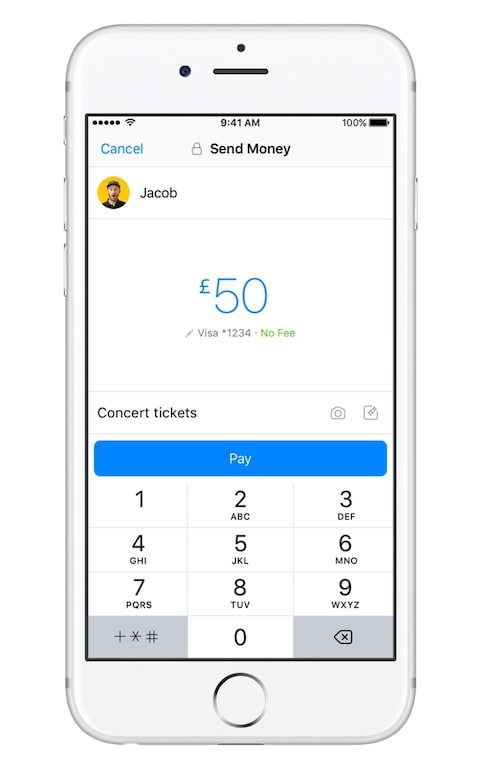 Facebook has been in lengthy negotiations with banks and payment providers to get deals in place. “While it’s simple for people, it’s been complicated in the background, it’s taken a lot of work contractually but what we found in the UK is the banks are excited,” Mr Marcus said.

The new service comes ahead of Apple introducing a peer-to-peer payments service on the iPhone through its iMessage app. The service is set to launch in the US soon and is likely to come to the UK and other countries afterwards.

Facebook’s service will be augmented by M, the company’s digital assistant, so that if a person asks for money the app will launch a prompt to send it. Mr Marcus said the service has proved popular for tasks such as splitting bills and paying rent.