Mr Winston Makamure has recently resigned from NetOne board TechnoMag can exclusively reveal..

A Source close to the development have confirmed to TechnoMag that one of the 3 original bard members have called it quits under unclear circumstances, while others alleged that serious infighting with original board members and possible conflict of interest charges forced him out.

It was however not clear what the actual reasons were as Makamure could not respond to messages sent to him late in the evening by the time of publishing.

The original board which was created by Kazembe Kazembe was reportedly forced to resign, while only three board members including Winston Makamure, Susan Mutangadura and Ranga Mavhunga were the only board members who remained in charge.

NetOne However silently appointed other members including ministry of ICT director Beaullah Chirume, to fill in the gaps left after the departure of the board.

Makamure is alleged to be the one who signed the last letters that terminated NetOne CEO Lazarus Muchenje and other three executives’ contracts, a matter which was already heard before the courts, and the high court judge has reserved judgement. 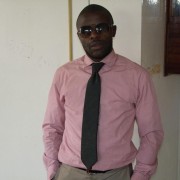