The Reserve Bank of Zimbabwe (RBZ) Governor Dr John Panonetsa Mangudya released data from his most recent auction indicating the Zimbabwe Dollar continued on a steady path falling by a small margin.This as it lost value against the US dollar, the results of the RBZ foreign currency (forex) auction conducted yesterday show.Last week the weighted average was ZWL$86.0551, after it breached the ZWL$86.00 mark for the first time, and fell to US$1: ZWL$86.2131 this week.

Auction from Tuesday, 24 August 2021, also showed the ZimDollar in decline though not on a downward spiral manner as it used to before the introduction of the foreign currency auction system.

591 bids were received on the Small to Medium enterprises forex auction, with 539 accepted and 52 disqualified.

On the main forex auction, a total of 299 bids were received, 265 were accepted while 34 were disqualified.

Bids with overdue CDIs, outstanding Bills of Entry (BOEs), and those with sufficient FCA balances were also disqualified.

Some bids were allotted on a pro-rata basis to conform with the Import Priority List, the RBZ said.

Below is the RBZ summary of the forex auction: 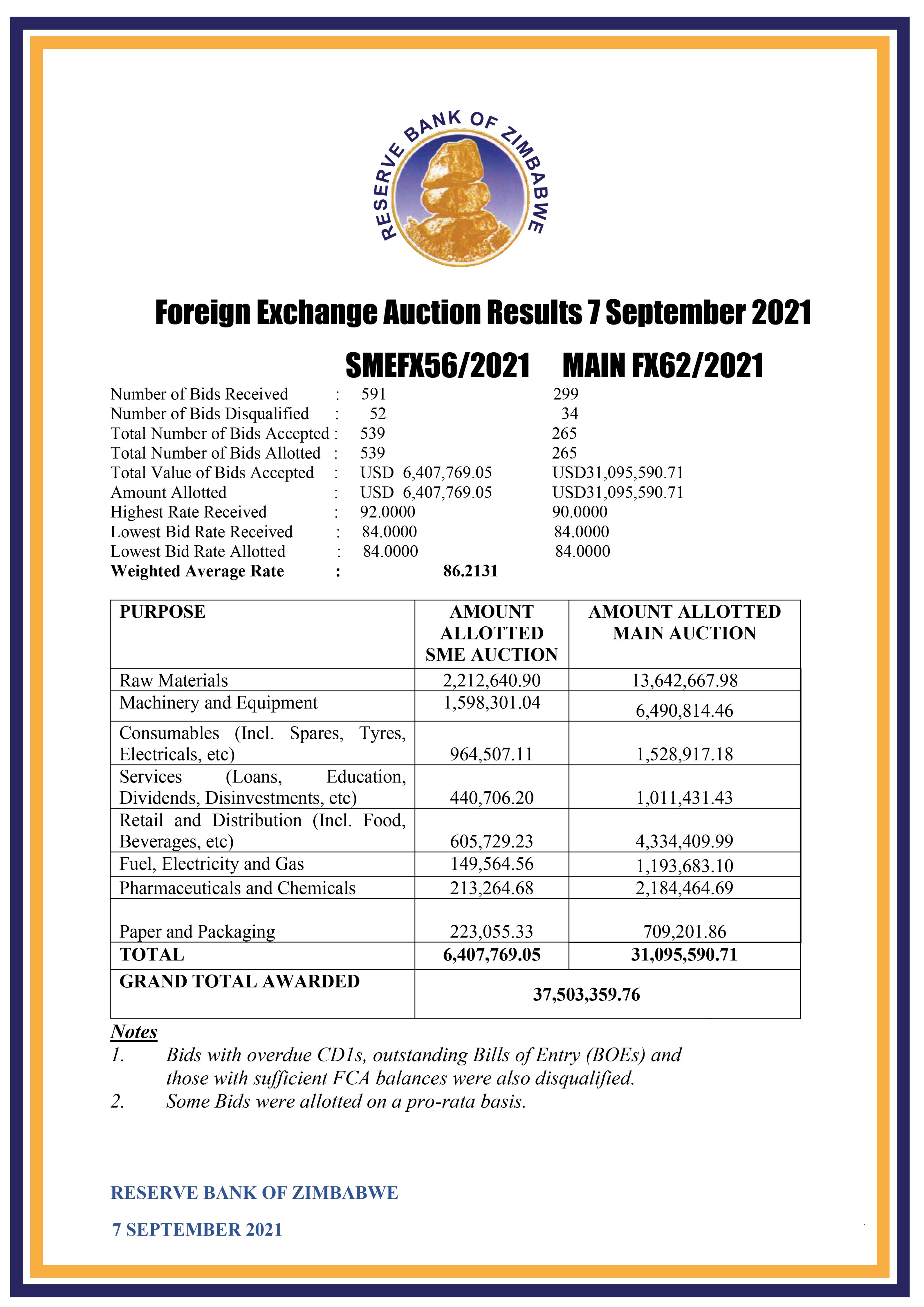 US$37.5 million allotted to forex auction