RBZ Governor Dr Mangudya said, ”881 bids were received on the Small to Medium enterprises forex auction, with 693 accepted and 188 disqualified. The total number of bids allotted was 693.”

He added that ”On the main forex auction, a total of 623 bids were received, 420 were accepted and 203 were disqualified. The total number of bids allotted was 420.” 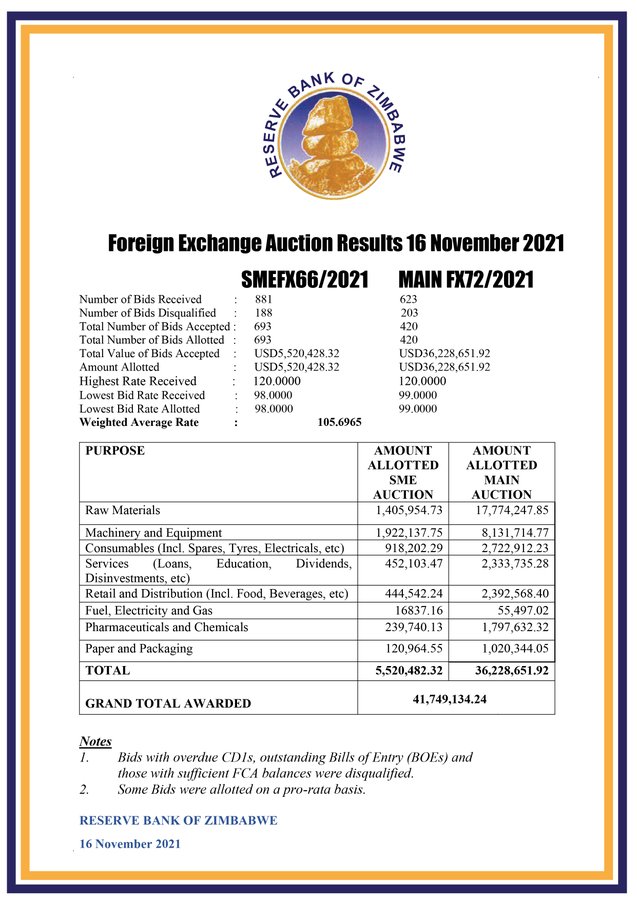 Zimbabwe Power Supply Producing Only Half Capacity At 1 400Megawatts

The Tools Needed For Success In The Hybrid Working Environment