There’s more than one Xbox One. You can already buy the Xbox One S, a redesigned Xbox One with a few upgrades. Microsoft is also working on a major upgrade named the Xbox One X, which will arrive on November 7 and was codenamed “Project Scorpio”.

All Xbox One models will play the same Xbox One games.

However, newer models may play those same games with more detailed graphics and smoother framerates. Here are the main differences. 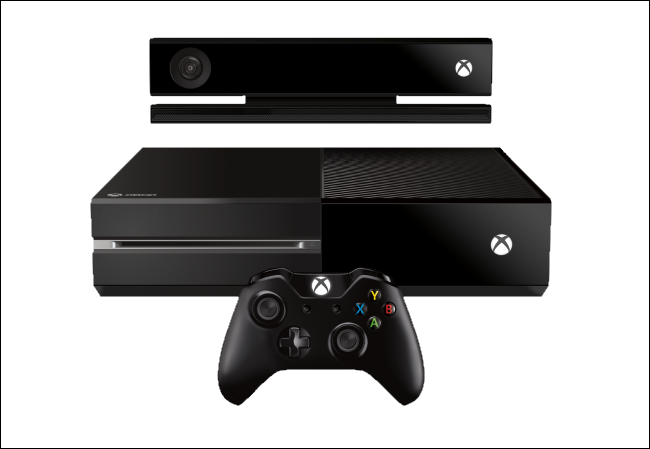 You’re probably already familiar with the original Xbox One. The console itself is a a large, black, VCR-style box. All Xbox One packages originally included the Kinect, Microsoft’s solution for voice recognition, motion tracking, and controlling your cable box or other TV service with its integrated IR blaster.

The Xbox One was released a week after the PlayStation 4, and the two consoles directly competed with each other. The Xbox One was a bit slower and $100 more expensive than the PS4 (no thanks to those TV and Kinect features). As a result, Sony pulled ahead in sales.
Microsoft has shifted gears since then. Microsoft dumped the Kinect from most Xbox One bundles and matched the PlayStation 4’s price.
In fact, Microsoft has all but abandoned the Kinect. You can still
You can still buy a Kinect for about $100 and connect it to your Xbox One afterwards, if you like, but don’t expect to see any new Kinect-enabled games any time soon. 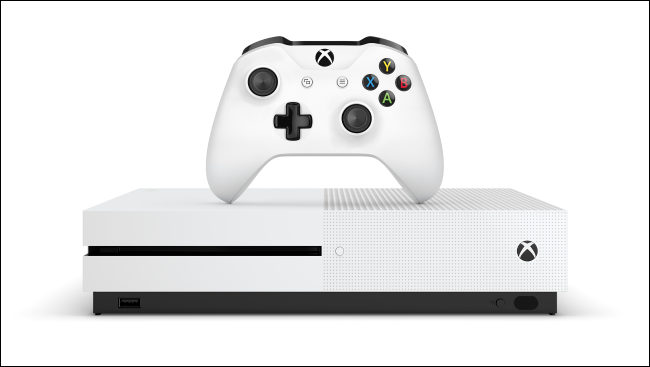 The Xbox One S is a streamlined, slightly faster Xbox One with some other improvements. It costs around $299, about the same price as the original Xbox One now costs, although Microsoft sometimes cuts the price. For example, Microsoft cut the price by $50 when the Xbox One X was announced.

Where the original Xbox One was black, the Xbox One S is white. The console itself is about 40% smaller than the Xbox One, and it doesn’t have the Xbox One’s massive power brick. The console has been redesigned in small, smart ways. There’s now a USB port on the front of the console instead of on the side, for example, making it easier to plug in USB sticks. You can also stand the Xbox One S up vertically, if you like.

The Kinect is missing in action here. No models of the Xbox One S ship with a Kinect. The Xbox One S does not have a dedicated Kinect port on the back of the console, as the original Xbox One does. If you buy a Kinect and want to use it with your Xbox One S, you’ll need to get a Kinect-to-USB adapter from Microsoft.

The new controller bundled with the Xbox One S is white, too. It includes a few minor improvements, such as a textured back for easier grip. It now supports Bluetooth, which means you can connect it directly to a Windows PC without buying the Xbox Wireless USB adapter. However, you can use any model of Xbox One controller with any Xbox One console.

Under the hood, the big new improvements are support for 4K resolution and HDR color. You’ll only be able to see that 4K improvement if you have a 4K TV, and you’ll only get HDR content if you have a 4K TV that supports HDR-10. You won’t notice any difference otherwise. If you have a TV that supports only Dolby Vision HDR instead of HDR-10 HDR, you won’t be able to view HDR content. Blame your TV’s manufacturer for not supporting both.

The Xbox One S isn’t actually powerful enough for 4K gaming, unfortunately, so games will still play in their normal resolution. The 4K support is mainly for movies and TV shows from Netflix or 4K Ultra HD Blu-ray discs.

Technically, the Xbox One S is a bit more powerful than the original Xbox One. Its graphics processor unit (GPU) runs about 7.1% faster. Microsoft says its internal testing shows this may result in minor improvements to some games, and Eurogamer found that to be true. This isn’t a big reason to upgrade, and you might not even notice the difference in many games.

Overall, the Xbox One S is a redesigned, streamlined console with support for 4K and HDR on modern televisions. It can’t actually play games in 4K, but it’s a decent stopgap until Microsoft releases a console that can. Considering it costs the same amount of money as the Xbox One, it’s definitely a better choice than the original.

Microsoft will release the Xbox One X, a major upgrade to the Xbox One, on November 7, 2017. This console was known as “Project Scorpio” during its development period, and Microsoft dubs it “the world’s most powerful console”. It will be significantly faster than the original Xbox One, and promises support for actual 4K gaming, with content rendered in 4K rather than simply being upscaled. It will also include an Ultra HD Blu-ray drive so you can watch 4K Blu-ray discs.

While this is a major upgrade, it isn’t a new console generation. The Xbox One X won’t have any exclusive games. You can continue playing Xbox One games on the original Xbox One and Xbox One S, although the Xbox One X will be able to play some games at a higher resolution and with more graphical detail. Other games will just offer smoother framerates and faster load times. Microsoft is promising “6 teraflops” of processing power, a four and a half times improvement over the current Xbox One and more than the PlayStation 4 Pro’s 4.2 teraflops.

The Xbox One X’s graphics processor runs at 1172MHz, an improvement over the original Xbox One’s 853MHz. It will offer 1 TB of internal storage space, whereas the Xbox One S starts at 500 GB. Despite all the power, this is the “smallest Xbox ever”. It’s more compact than the Xbox One S, and is black instead of white. Like the Xbox One S, the Xbox One X does not include a dedicated Kinect port.

This speedy hardware will be the only Xbox One powerful enough to run “high-fidelity VR”. So, technically, virtual reality games will be exclusive to the Xbox One X because they can’t run on any other Xbox One hardware. It’s unclear what headsets will be supported on the Xbox One X, although Microsoft is pushing a whole new ecosystem of $299 VR headsets with Windows 10’s Creators Update.

This is Microsoft’s answer to Sony’s PlayStation 4 Pro, a more powerful PlayStation 4 console that can play games in 4K (and was released on November 10, 2016). The PS4 Pro only costs $399, however. Microsoft is leapfrogging Sony and now has the most powerful console hardware, although it’s being released nearly a year after the PS4 Plus and will cost an extra $100.

Which Xbox Should You Buy?

However, if you already have an Xbox One, the Xbox One S isn’t a huge upgrade. While it is an improvement, all you’re really getting is support for watching 4K videos and viewing HDR content in games—if you have a modern TV that supports these features and games that support HDR.

The Xbox One X is on the way and will be released on November 7, 2017. That’s something to weigh when considering your purchasing decisions. Do you want to pay an extra $200 for better graphics and smoother performance? It’s the sort of decision PC gamers have always had to make, but now console gamers get to make the same decision.

If you don’t want to pay extra for a more powerful console because you’re happy playing the same games at lower detail settings, the Xbox One S is still a great option. It will still be able to play games released after the Xbox One X, so you won’t be buying into a dying console. The Xbox One S and Xbox One X will continue to exist alongside each other. Games will look better on the Xbox One X, but you’ll get the most improvement on a 4K TV. Microsoft does promise that the Xbox One X “will make your existing library better” even on a 1080p TV, however, so you’ll see improvements on any TV. We’ll have to wait for the Xbox One X’s release to see just how much better games perform on the more powerful hardware.