Samsung officially launched the Galaxy Note 7 on the 2nd of August and announced that the newly released magnificent device will be shipped to all parts of the world starting on the 19th of August next week. The Galaxy Note 7 is the latest in its line of stylus-equipped flagship smartphones.
By Cisco Eng. Shingie Lev Muringi

The Note 7, blends many of the features from last year’s Note 5 with the design and waterproofing of this year’s excellent S7 Edge. The Note 7 will be available from all four major carriers on August 19th, with pre-orders starting tomorrow, August 6th. Samsung says that pricing will be commensurate with prior Note devices and will be higher than the S7 Edge, which is about $770 to $800, depending on where you look. An unlocked version of the Note 7 will be available in the US at a later date.

For years Samsung has differentiated the power-user focused Note line from its more mainstream handsets by juicing up the specs inside of it. This year’s approach is a little different, however: inside, the Note 7 is virtually indistinguishable from the S7 or S7 Edge.

It has the same Qualcomm Snapdragon 820 processor (in North America, China, and Japan; other markets will have Samsung’s own Exynos processor), same 4GB of RAM, same quick charging and quick wireless charging, and same 12-megapixel camera with f/1.7 lens and optical stabilization as the S7 series. The Note 7 is similarly water resistant (rated to IP68 specifications) and has support for microSD cards, both of which were not present in last year’s Note 5. The Note 7 has 64GB of internal storage, compared to the S7’s 32GB, and its battery has been increased to 3,500mAh over the Note 5’s 3,000mAh cell.

Other similarities to the S7 Edge include a dual-curved Super AMOLED display with quad HD (2560 x 1440 pixel) resolution (albeit at a slightly larger, 5.7-inch size). The dual-curved display is a first for the Note line, and Samsung says it allows the phone to be 2.2mm narrower than the Note 5, while still having the same size display. The curvature of the screen is different from the S7 Edge in that it allows for more flat surface area. The rear glass panel has an identical curve to the front, making the whole phone more symmetrical than the S7 Edge (both pieces of glass are now Gorilla Glass 5). The Note 7 also moves to USB Type-C charging, a first for Samsung devices.

Since the specs are largely the same between the Note 7 and the S7 series, Samsung is differentiating its larger flagship with features. The Note 7 has a new iris scanner that joins the familiar fingerprint scanner and lets you unlock your phone with your eyes. Samsung says the iris scanner is more secure than a fingerprint scanner. It’s similar to the Windows Hello login features seen on Microsoft’s Lumia 950 and a number of Windows 10 laptops and relies on an infrared camera that works well in low light, but less so in direct sunlight. The iris scanner can also be used to lock apps, photos, notes, and other content in a secure folder, separate from the rest of the phone’s data.

And of course, the Note 7 wouldn’t be a Note without Samsung’s S Pen active stylus. The S Pen has been upgraded this year with water resistance, a finer point, and twice as fine pressure sensitivity (4,096 levels, as opposed to 2,048 on earlier models). There a handful of new software features for the S Pen, including a magnifying loupe, quick text translation tool, and a new tool that makes it easy to create GIFs from any video that’s currently playing.

Samsung has also updated its software interface for the Note 7, with a cleaner color palette, softer white menus, and an overall nicer-looking aesthetic. It seems that with each new phone, Samsung’s software gets better looking, and the Note 7 is no exception. The company says that the new software interface will likely come to older models, such as the S7, but it did not provide a timeline for when that might happen.

The Note 7 is launching with Android 6.0 Marshmallow, but Samsung says that it will be upgraded to Android 7.0 Nougat in the future. When that might happen is anyone’s guess — the company isn’t committing to a timeframe and it has a history of taking a very long time to deliver new versions of Android to its phones.

An American Tech correspondent said he had the chance to use the Note 7 briefly ahead of the official launch, and in what has become typical Samsung fashion, the device is both visually and tactilely impressive. The phone’s design is a further refinement on the already very good S7 Edge, and it sits comfortably in the hand, even with its oversized display. It’s symmetry is not only pleasing to look at, but it makes the phone nicer to hold, as well.

The iris scanner works as advertised, but I’m yet to be convinced that it’s easier to use than the familiar fingerprint scanner. It works quickly, but requires that you hold the phone awkwardly close to your face, similar to what I experienced with the Lumia 950. I’ll reserve judgement on the other features until I’m able to spend more time with the device, but it’s safe to say that the GIF-making S Pen tool is very cool and I’m eager to try that out in my day-to-day routine. 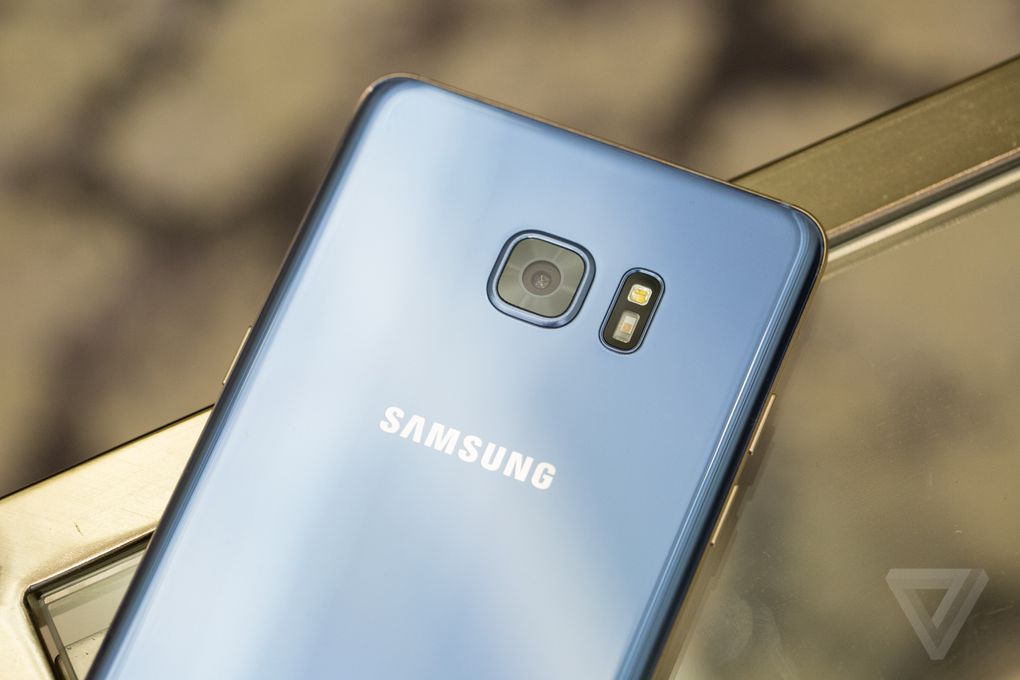 The Note 7 will be available in the US in three colors: black, silver, and a unique blue that Samsung is calling “Blue Coral.” A gold version will also be available in international markets. Samsung will be offering customers their choice of a free 256GB MicroSD card or Gear Fit 2 when they purchase a Note 7.

Last year’s Note 5 showed that Samsung can make a large phone that appeals to a wide audience, and while the Note 7 doesn’t change that, the new things that Samsung has added can definitely be considered power user features. Samsung has had a lot of success this year with the S7 and S7 Edge, and by all accounts, it will likely have a lot of success with the Note 7, too.

#FridayHacks: How to Watch the 2016 Olympics Without a DSTv or Cable Subscription

#FridayHacks: How to Send and Receive Faxes Online Without a Fax Machine or Phone Line