Mixing technology and politics has always been a precarious exercise, but the application of tech across the social-political divide is inevitable and hence yours truly #MondayBlues will have to simply walk the path.

While there has been so much noise and excitement about latest Biometric Voter registration, (BVR) technology, especially from Zimbabwe political parties and ZEC, the Zimbabwe National Electoral Commission, they are some BVR questions that can never be answered by technology.

Already Uganda which has at least 15.3 million people who are eligible to cast ballots, according to East African Business Week, only needed a $19 million BVR system and Zimbabwe with less than 10million eligible voters demands a $50 million towards the system and implementation.

Millions think that the introduction of biometric voting will address contentious issues or speculation of vote rigging and create a credible election which by any means will be indisputable, a fallacy which only remain a mirage in the real world.

For purposes of demystifying, Biometric system simply means a system that takes in human biological features for purposes of identification and this can be done through the popular unique human features which are finger prints, the eye’s iris scan, voice recognition or facial scans. 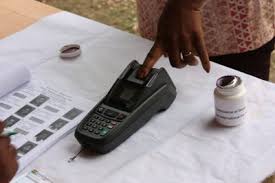 Ofcourse finger print and iris scans globally have proven to be very reliable with more than 95% accuracy recorded, hence their world wide acceptance, but the question remains unanswered, do these technologies answer the rigging question.

Before I hasten to give my opinion on the matter, it is important to fully understand what the BVR actually does and can not do, before we spread baseless speculation and fear of technology which is more common these days.

The BVR system is no voting systems has nothing to do with votes, vote counts or vote tallying, this is mainly a registration system that accepts voters, or verifies them into the voters roll, while it mainly acts as a system that fights duplication or multiple voting.

With help of the BVR, it makes it easy to use when registering and identifying voters which promotes a quick and efficient process of voting while making it easy to search, analyze and audit the voters roll.

Voting Procedure Once any individual go through the authenticity criteria, he/she will be logged into his/her voting account. You can easily restrict a voter from logging into his/her voting account more than once during elections. Once any particular voter is authenticated by the system, a secure channel will be established using https and then he/she will be able to cast the vote. The vote will remain secret, i.e., this will not be reflected anywhere in the database that which user has voted for whom. At last, the account will be closed and that disabling user to log back in by any means again. This completes the voting process. The methodology behind the voting process is explained in the fig 2

The Online Voting System with Biometric and Steganography, to avoid rigging and to increase the accuracy and the speed of the process so that, everyone can cast his vote irrespective of his location. B. Advantages 1) Cost saving 2) Reduced administration 3) Create and deploy ballot very quickly and with integrity of the vote counting. 4) No need for renounces 5) Greater performance

Unfortunately, this is what the BVR can actually do and is limited to, and Zimbabwe is already testing this system around in Marondera Central constituency by-election, and has been subsequently used in all contested by-elections held by the commission between September 2015 to date, while a whopping $50 million is needed to have the system up and running for the 2018 presidential and parliamentary elections.

The Zec acting chief elections officer Mr Utloile Silaigwana announced that “The system will require funding to the tune of plus or minus US$50 million. The project will be funded by the Zimbabwean Government with support of the United Nations Development Programme.”

So many people have confused the BVR to electronic voting, a system which can actually meticulously count and tally votes in real time, while in practical this is yet to be used in any African election.

The past experience with the BVR system has been a shame to technology to say the least, while this same BVR was meant to make the voting verification fast and easy, the Nigerian system once failed to recognize Goodluck Jonathan as a citizen or registered voter, and if this could happen to the presidential candidate how many more could be affected by it.

The BVR will need stable electricity supply or backup systems to run through the elections and the question is how many of these will be able to sustain the rural areas where there is no electricity and using what alternative source over what periods. Of course we can speak of solar panels and inverter system, where there is a will, there is way. Garbage in ,garbage out, in computing language we say What You See is What You Get, these are just results based on a system that you may never know or understand and any system can be audited if access allowed, which then makes it amore reliable and trusted system for such a critical service.

The BVR system like any other system can only listen and produce results according to the programmer or system designer parameters. These will always remain shrouded in secrecy if one player is given the prerogative to analyze and run the system.

Our voters roll has been a manual database, which can not be ultimately or easily be audited, only the BVR can replace the voters roll issues and allow Zimbabweans to be electronically added to the new voters roll. Meticulous verification of actual voters can only be done easily and quickly by the BVR system it is a tool that simply needs to be harnessed and handled well for perfect results.

BVR system is not a vote counting system, but at least this can be used to actually double check the results system against the actual voters, for tallying purposes, while in most cases a separate independent tallying system will need to be implemented.

Ghost voters will be eliminated, only those individuals who actually get to vote will get their voters counted, and I guess for the first time, political parties may stop throwing around this word.

“Guns do not kill people, but people kill people.” Popular rap artist, DMX was definitely right when he used that profound statement, the system is just but a tool in the hands of a craftsman. We all need to be responsible on how it is implemented so that we have trust and faith in our leadership.

#MondayBlues: DStv Is Ripping off Zimbabweans