The nation experienced several denial of services on social media sites due to the suspected Internet blockage by the government in the early hours of the nation wide shutdown of Wednesday. Such a very unfortunate and autocratic situation has been implemented in other countries but technocrats have successful innovated ways of freeing the masses from such atrocious acts.

Despite a public outcry, the government via the Ministry of ICT, Postal and Courier Services, Hon. Supa Mandiwanzira vehemently denied the allegations of ordering Internet blockages in the wake call of Wednesday’s events.

So in case it happens next time, here are the main solutions designed to bypass sanctioned Internet blockages by governments:

Connect to a virtual private network and all traffic coming from your computer will be redirected over that VPN. In other words, if you’re connected to a VPN located in Iceland, all your network traffic will be redirected to Iceland before it emerges. Replies will be send to the server in Iceland, which will forward them back to you. This all happens over an encrypted connection. All your ISP, network operator, or even your country’s government can see is that you’re making an encrypted VPN connection and sending data over the connection. If they want to block you, they’d have to block VPN connections.

We’ve done a lot of research on VPN providers, and PrivateInternetAccess has the best combination of a huge network and an easy to use interface. They have 2700 servers in tons of different countries, their clients connect almost instantly, and best of all, you can pay with almost any type of account. They even accept gift cards as payment, so if you have a half-used Starbucks gift card, you can use that to sign up for a VPN.

They have apps for every platform including Windows, OS X, Android, and iPhone, and you can even hook up your home router to their VPN servers to put your entire home network behind a VPN. How’s that for flexibility and power?

Casual Users or Beginners: Use TunnelBear

We’ve also done a lot of testing to find a client suitable for beginners, and we’ve found that TunnelBear has easy, dead-simple setup – you just click the dial in the application; you don’t even need to configure the VPN in Windows. They have a free version and a paid upgrade that’s definitely worth the price.

VPNs are also commonly used for remotely connecting to work networks, so VPNs are generally not blocked. However, China has recently started interfering with VPNs. Free VPNs are available, but a solid, fast VPN will cost you money — either to rent from a VPN provider or to pay for hosting so you can set up your own VPN. This method is the least likely to work, but it’s worth covering here. Some Internet service providers have implemented filtering by changing their DNS servers to redirect requests for the blocked websites to another website. Some places that filter their Internet connections may use something like the web filtering solution offered by OpenDNS.

Assuming the filtering is just at the DNS level and requests to other DNS servers aren’t being blocked, you can get around the filtering by setting a custom DNS server on your device. This overrides and bypasses the default DNS server controlled by your Internet service provider or the organization running the network. Use something like Google Public DNS and you’ll know no DNS-level filtering is taking place. Tor allows you to browse anonymously. It does this by routing your web browsing over and encrypted network before it emerges at an endpoint, which will likely be in an uncensored, unfiltered location. You shouldn’t use Tor to access sensitive, unencrypted data, but Tor will let you access blocked websites on any connection.

Tor’s developers are fighting a long, unending battle with regimes that attempt to block it, such as Iran. Tor may work even if standard VPNs, proxies, and SSH tunnels won’t.

Note that Tor does have a big downside — it’s much, much slower than typical web browsing. It will allow you to access blocked websites, but it shouldn’t be used for all your day-to-day browsing unless you’re a dissident living in Iran or China. Blocked sites can also be accessed using a standard proxy. System-wide (or browser-wide) proxies generally function similarly to VPNs, but they’re not as reliable — for example, they only work with certain programs, not every program on your computer. If you want to pay for a service and send all your traffic over it, you’re better off with a VPN.

However, if you want to quickly access a blocked website, you can try using a web-based proxy. There are many available, including the widely known Hide My Ass. Plug a website’s address into the box on the website and you can access it via the proxy.

This won’t always work, as the proxy itself may be blocked. It’s also not the best experience, as the proxy itself will add advertisements to the page — they have to pay for their free service somehow. However, if you want to quickly access a single blocked site without installing anything or changing any system settings, this may work for you. 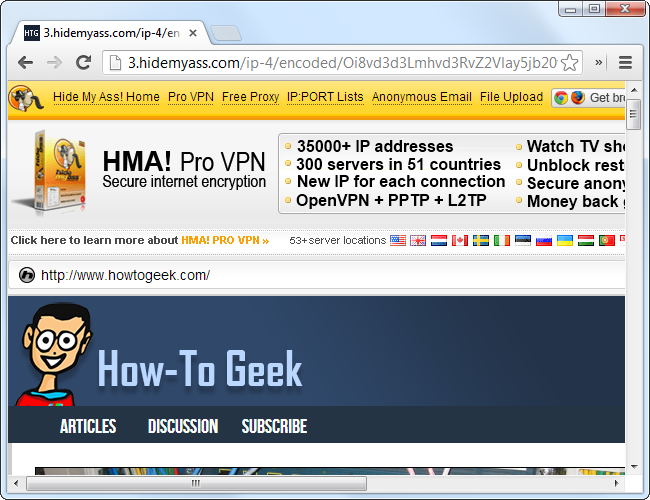 SSH tunnels can work similarly to VPNs for securely tunneling your traffic. If you’re looking to pay for such a service, you’ll probably want to get a VPN. However, if you’re a geek, you may already have an SSH server you can access remotely.

If you do have an SSH server you can access, you can connect to it remotely and set up tunneling, redirecting all your web browsing traffic over the secure connection. This is helpful to encrypt your browsing traffic so it can’t be snooped on on public WI-Fi networks, and it will also bypass any filtering on the local network. You’ll have the same web browsing experience you would have if you were sitting at the SSH server’s location, although it will be a little slower.

You can create an SSH tunnel with PuTTY on Windows or with the SSH command on other platforms. 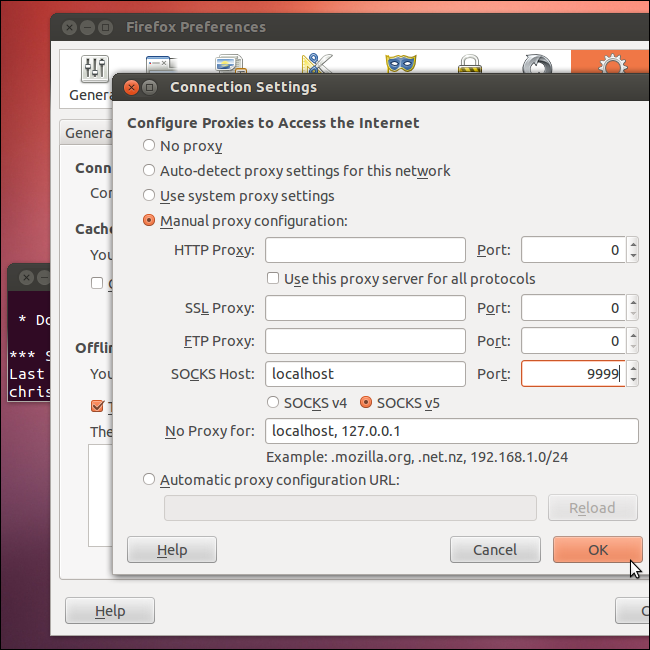 Blocked websites are only becoming more common, with governments like the UK’s pushing ISPs to start filtering the Internet connections they provide to subscribers by default and laws like SOPA in the US demonstrating the kind of harsh blocking governments want to put into place.

If you ever stumble across a blocked website, these tips should help you understand how to get around the block.

#FridayHacks: How to Remove the “Get Windows 10” Icon from Your System Tray (and Stop Those Upgrade Notifications)