Social media accounts get hacked all the time, but last night the victim list included the current most-followed (at 89 million, the @Twitter account itself only has 55 million) Twitter user: Katy Perry. After briefly spewing a few vulgar and racist tweets the incident was quickly cleaned up, with no indication of exactly what went down.

That’s why here in Zimbabwe we have started pushing for the gazetting of our first ever CyberBill, a move which will see policymakers empowering the local Internet community on burning issues of Intellectual Property Rights.

The first tweet indicating anything was amiss on Katy Perry‘s accounted pointed to a still-active account (@sw4ylol) that posted a few email screen-shots, while also dismissing a claim the hack occurred as a result of an old MySpace leak. The pictures posted included password resets (with one by Twitter itself) and the screenshot of a SoundCloud takedown notice for a song “Witness 1.3” that could be an unreleased track. 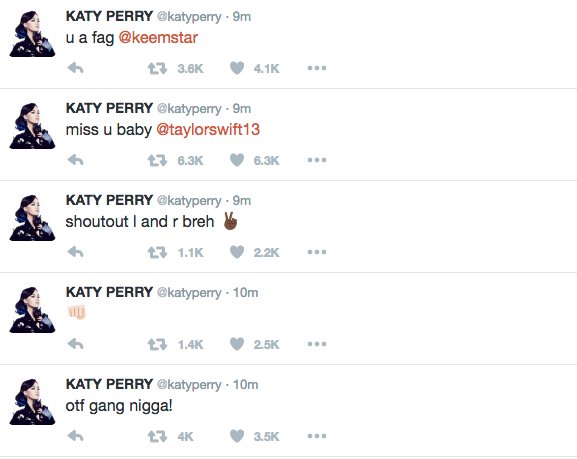 Whatever happened, it should be a good reminder to all about protecting our online accounts: enable two-factor authentication where possible, make sure your email and phone number info is up to date, disconnect unused/shady apps and make sure password reset questions aren’t too easy to guess. We’ve contacted Twitter about the incident and will update this post if there is a response.

Why We Love  The New "Metallic" Gtel XL7